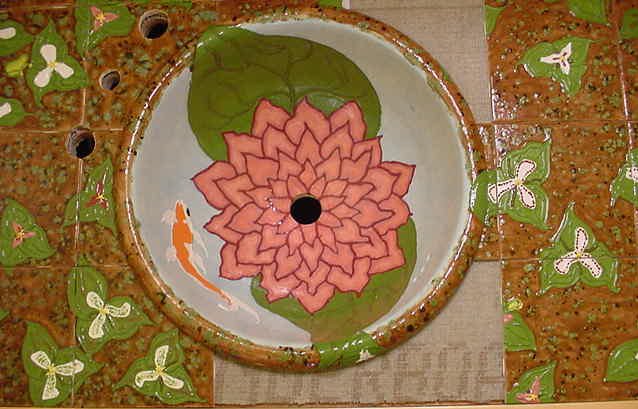 The field tiles are common bisque tiles that one can get at a paint-it-yourself ceramics boutique. I fell into the idea of using trilliums as a design theme and ran with it. The sink was meant to represent a hidden forrest pool. Unfortunately in the course of firing this sink it cracked in the kiln as a result of a defective bit of pottery...so I'll have to start all over again on this one. 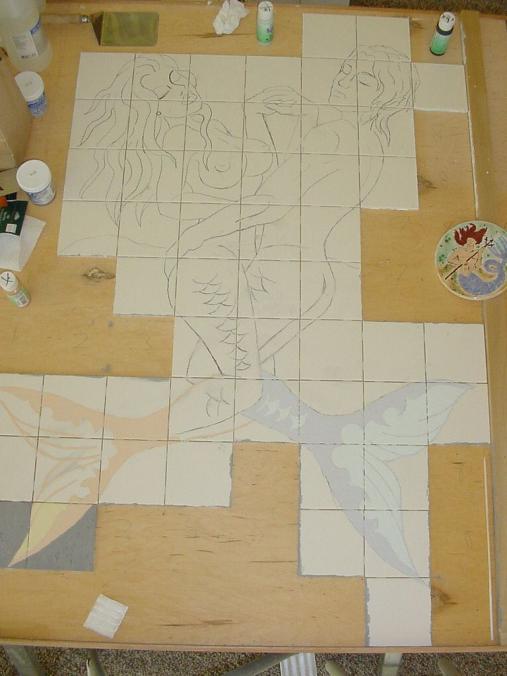 This gives you and idea of what the raw tile looks like with just the drawing on it. Some initial glaze paint can be seen. Note the round colour test tile to the right of the photo. 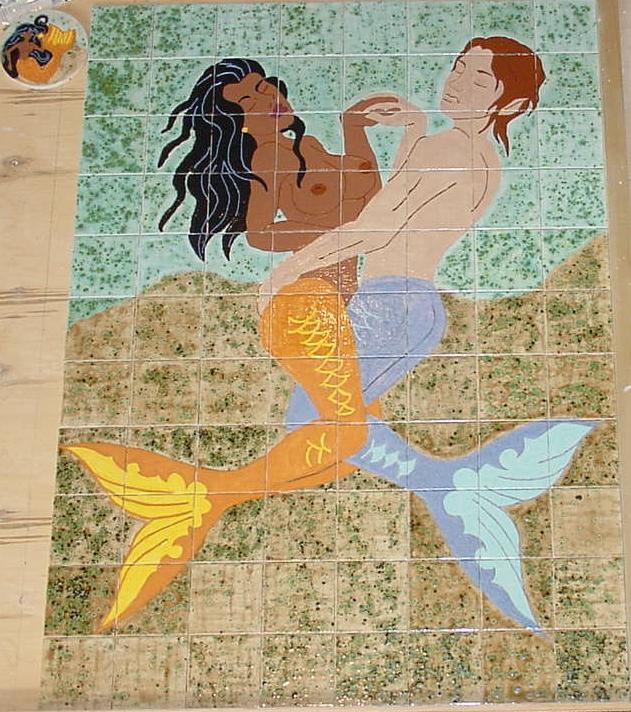 This is what the tiles look like after two and sometimes three firings. There's the initial firing to set the glaze in its final colour. There was a second firing to touch up the glaze in places where it was thin or where the colours pulled apart from each other. The third firing took place only on five tiles, and that was a low temperature firing to set the metallic gold colour on the merfolk's ear rings and the star on the test tile on the left of this photo. 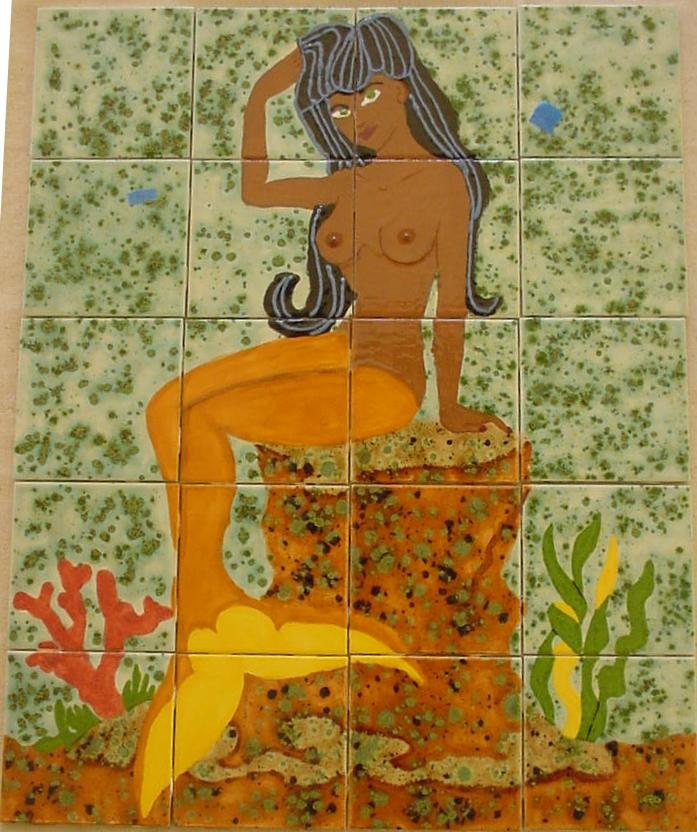 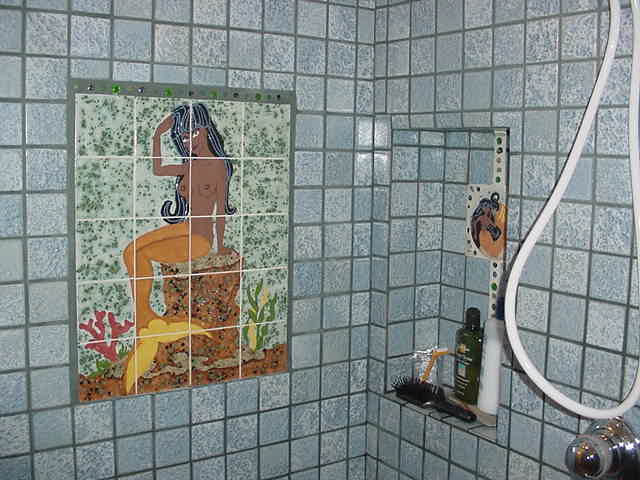 The field tile into which the murals were set is a commonly stocked item at a national home improvement warehouse chain. The marbles and sea shells set into the grout came from a local craft store. The pictures are taken at an angle to reduce the glare from the glazed surface of the tiles. 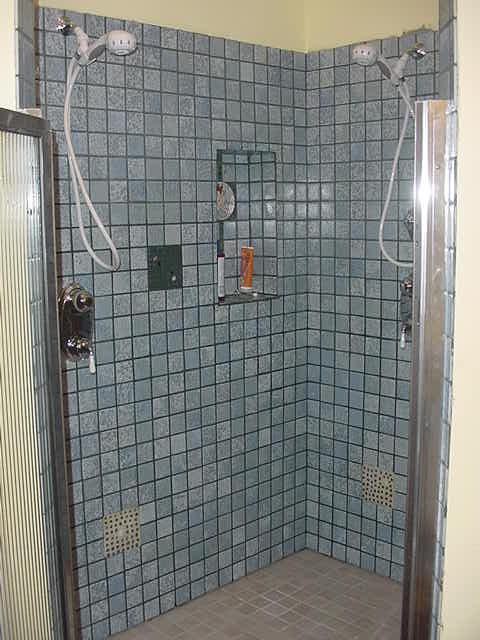 The over all image that we were striving for was being underwater with a sandy bottom floor. The floor tile here is another commonly stocked item at a national home improvement warehouse chain. 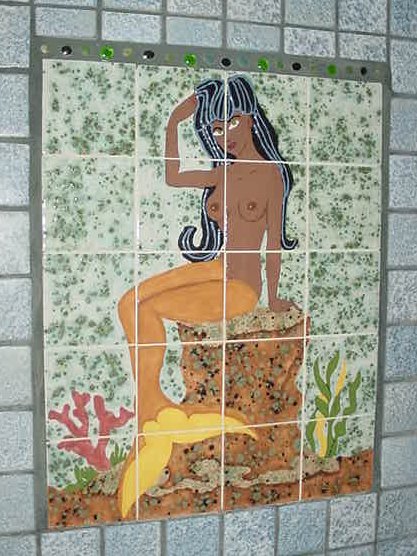 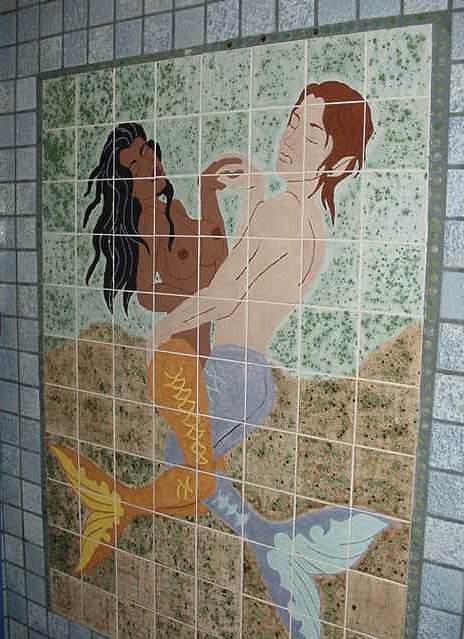 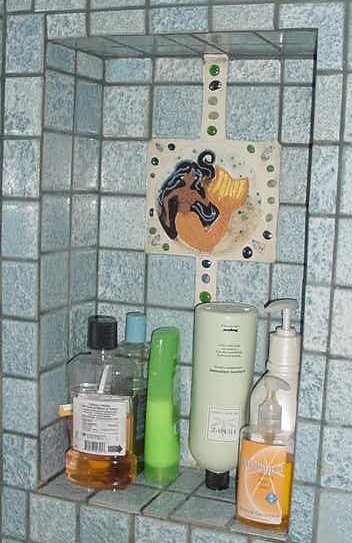 When we found out that we could do touch ups to our original test tiles and refire them, we decided to include them in our final design. These were whipped out very quickly. 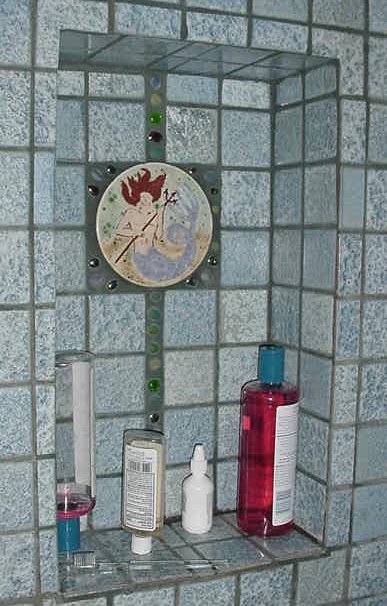 Back to Spotted Dog Systems